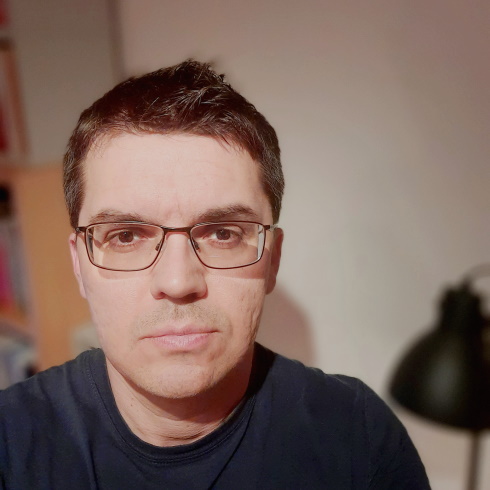 Igor Duda (Pula, 1977) is Associate Professor at the Department of History, Faculty of Humanities, and at the Centre for Cultural and Historical Research of Socialism, Juraj Dobrila University of Pula. He graduated in history and Croatian language and literature at the Faculty of Humanities and Social Sciences, University of Zagreb (2000). He earned his MSc (2004) and PhD (2009) degrees in history from the same university. His research fields are social history and the history of everyday life of the second half of the 20th century, Croatia in socialist Yugoslavia, history of leisure and tourism, history of consumer culture and history of childhood. As an OSI/FCO Chevening Scholar he spent a year at the University of Oxford (2002/03). Later he was a visiting researcher at the CSEES, University of Graz (2015/16), and at the Leibnitz-IOS in Regensburg (2019). He cooperated with the Miroslav Krleža Lexicographic Institute in Zagreb and was a researcher within the project Tourism and Leisure Cultures in Socialist Yugoslavia (University of Graz, 2005-2008). He was the principal investigator of the research project Making of the Socialist Man. Croatian Society and the Ideology of Yugoslav Socialism (financed by HRZZ 2014-17), and currently he has the same role within the research project Microstructures of Yugoslav Socialism: Croatia 1970-1990 (financed by HRZZ 2018-22). At the University of Pula he teaches courses in contemporary history. He also teaches at the PhD programme in modern and contemporary history at the Faculty of Humanities and Social Sciences, University of Zagreb. He is the organiser of the annual summer Doctoral Workshop in Pula (since 2015), co-organiser of the biennial conference series Socialism on the Bench (since 2013), as well as the co-editor-in-chief of the journal History in Flux (since 2019). He was the co-founder and the first head of the Centre for Cultural and Historical Research of Socialism in the year 2012/13 (again in 2016/17 and 2020/21). He was the head of the Department of History 2013-17.

„I’m Doing all that’s Needed.” Activists in Local Communities in Yugoslavia during the 1970s and 1980s

Camaraderie at the Table: Community Catering in the Time of the Yugoslav First Five-Year Plan

Consumers and Self-Managers: Consumer Protection and its Challenges during the Yugoslav Economic Crisis of the 1980s

Social and quotidian in the research of history of socialist Yugoslavia: mapping of the field and themes

What is History of Yugoslavia?

Consumers as the Vehicles of Socialism. Consumer Protection in the System of Yugoslav Self-Management and Associated Labour

Everyday Life in Both Yugoslavias: Catching up with Europe

Everyday Life in Both Yugoslavias: Catching up with Europe

Consumers as carriers of socialism. Consumer protection in a system of social self-management and associated labour

Cornerstones. The pillars of Yugoslav society and pioneers as little socialist people

Introduction: from backwardness to the universe, from project to the edited volume

Making of the Socialist Man. Croatian Society and the Ideology of Yugoslav Socialism

When capitalism and socialism get along best: tourism, consumer culture and the idea of progress in Malo misto

Bringing class back in: an introduction

Today when I Am Becoming a Pioneer. Childhood and the Ideology of Yugoslav Socialism

They Never Had It Better? Modernization of Everyday Life in Socialist Yugoslavia

Communists as tourists. Holidays at the villa of the Central Committee of the League of Communists of Croatia in Fažana

They Never Had It Better? Modernization of Everyday Life in Socialist Yugoslavia

With Buco and Bongo against the crisis. Hitrec’s smogovci, childhood and everyday life in late socialism

Yugoslavia: from the Beginning to the End, Museum of Yugoslav History, Belgrade

Children of the Socialist Homeland. Creation of the Pioneer Tradition in Croatia in the 1950s

With Consumerism toward Communism? Consumer Culture in Croatia 1950s-1980s

What to do at the Weekend? Leisure for Happy Consumers, Refreshed Workers, and Good Citizens

Workers into Tourists. Entitlements, Desires and the Realities of Social Tourism under Yugoslav Socialism

A Stimulating Interpretation of the History of a City (Darko Dukovski: Povijest Pule)

Running-in socialism. Croatia in the decade after the year 1945

No Fuel. INA, Shortages and Restriction Measures in Croatia 1979-84

Behind the Scene of Workers' Holiday Centres. Official Records on the Roguish and the Hungry 1947-1950

Tourism to the People. Vacation as a Product of Socialist Modernization

Introduction: Tabula: Journal of the Department of Humanities - Juraj Dobrila University of Pula, 8 (2010), 7-9.

Everyday Life in Dalmatia in the Works of Stijepo Obad

What to do at the Weekend? Leisure for Happy Consumers, Refreshed Workers, and Good Citizens

Workers into Tourists: Entitlements, Desires and the Realities of Social Tourism under Yugoslav Socialism

Adriatic for All: Summer Holidays in Croatia

Well-Being Found. Everyday Life and Consumer Culture in Croatia in the 1970s and 1980s

Everyday Life in the Fifties: From Shortages to the Economic Miracle

On Holidays with the State: Social Tourism and Social Background in Socialist Yugoslavia

Having Holidays in Yugoslav Socialism

Having a Car in Socialist Yugoslavia: On the Road to Consumerism and Private Leisure

Technology to the People! Durables, Consumption and Leisure in Socialist Croatia

In pursuit of well-being : on history of leisure and consumer society in Croatia in the 1950s and 1960s

Everything is Most Modern. Everyday Life and Consumer Culture in Pula in the Early 1960s

How to Become a Responsible Traveler

In Pursuit of Holidays and Well-Being: On History of Leisure and Consumer Society in Croatia in the 1950s and 1960s

The Journal of Interdisciplinary History

History of leisure for beginners

History of leisure: how did the British take their summer holidays? – John K. Walton, The British seaside. Holidays and resorts in the twentieth century. Manchester University Press, Manchester & New York, 2000

Supermarket as the headline news. The beginnings of the contemporary consumer society in the 1950s and 1960s

The leisured masses dicover Croatia. English travel guidebooks as a source for the history of travelling to the eastern Adriatic coast in the 1950s and 1960s

Let's take a train for a weekend excursion. Social and cultural history of free time in Croatia during the 1960s

Conquering space and time. Leisure as the pleasure of the long nineteenth century

With the Declaration towards the language. A view on the cultural-linguistical picture of the history of the second half of the 20th century

Through Coral Door with the Invisible Letter into the Oblivion