This web site uses cookies to deliver its users personalized dynamic content. You are hereby informed that cookies are necessary for the web site's functioning and that by continuing to use this web sites, cookies will be used in cooperation with your Web browser. 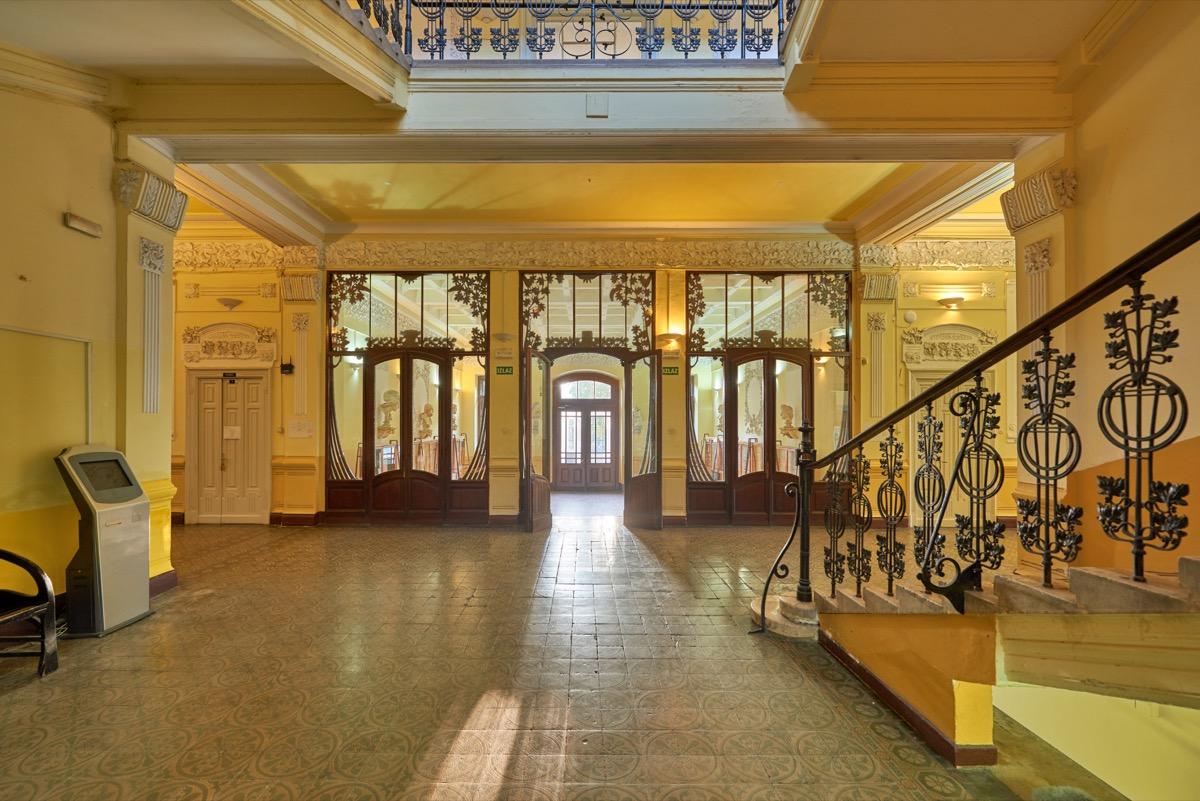 Project cooperation with the Department of Information and Communication Sciences of the Faculty of Humanities and Social Sciences in Zagreb has been established through the participation of numerous doctoral students of the Postgraduate Doctoral Study of Information and Communication Sciences in various project activities. It is the highest degree in scientific research advancement and one of the postgraduate doctoral programs in Croatia in the scientific field of information and communication sciences, with the specialties in the following scientific branches (information systems and informatology, librarianship, archivistics and documentation, museum and heritage management, communicology, public relations, mass media, journalism, lexicography and encyclopedic sciences).

It aims to educate for professional and research-based career in academic, industrial, public and private sector. As stated in the description of the study at its official website "The field of information and communication sciences carries a strong interdisciplinary potential as the main determinant (…) The content (…) is oriented towards research of interactions between individuals, data/information/media content, research of interactions between digital technologies and society and towards conceptualization and development of modern information and media systems which support such interactions. Such research contributes to development of capacity of an individual, organizations (educational organizations, heritage and public sector organizations, and economy as a whole) and society for efficient and meaningful management, use and communication of data, information and media content".

Find out more about the department and postgraduate doctoral study at:

Media Research Publications is a Croatian publishing house which publish books on the topic of journalism and media, and established international scientific-professional journal Medijska istraživanja/Media Research, which was at the time it was launched (1995), the first journal specialized for journalism and media. The organization collaborate in the project Higher education of journalists in a digital environment by publishing, in 2022, a thematic issue of the journal about journalism education in the digital age, in particular on the emphasis of online study programmes that educate journalists in Europe and teaching in digital environment.

The founder of the journal and the editor-in-chief is a retired full professor Nada Zgrabljić Rotar, PhD. During its quarter od century life of publication, over 300 scientific and professional theoretical and empirical papers has been published from all over the world. Over the years, a dozen thematic issues have been published as stated at the official website: "Ethics and Media, Interactive Publishing, New Media Agenda, For a European Media Policy in Croatia, Photography as a Medium: Images of a War, Dilemmas of Contemporary Journalism, Media and the Public Interest, Gender, Sexuality and Socialist Popular Culture, International Journalistic Ideology in the Context of National Traditions of Journalism, and Participatory Journalism". The journal is internationally visible and recognized. It is present in relevant scientific bases such as SCOPUS, Sociological Abstracts (SA), Linguistic and Language Behavior Abstracts (LLBA), and in Social Planning/Policy & Development Abstracts (SOPODA), and is indexed in Current Index to Journals in Education (CIJE).

Find out more about the journal and the publishing at:

Research Media Centre-Podgorica (IMC) is a non-governmental organization that aims to raise awareness of the importance of the media and media education in Montenegrin society. It actively participates in the realization and publication of the international scientific journal for the research of the media and society Media Dialogues, the first journal in Montenegro that scientifically investigates media phenomena, processes and possibilities for the application of contemporary world trends in the media development in Montenegro. In the previous 36 issues on more than 20,000 pages, more than 800 scientific and professional papers, essays and book reviews, magazines and other publications have been published by more than 500 authors who directly or indirectly deal with media research.

The magazine has a multidisciplinary approach to media issues, so it is viewed and processed from economic, legal, technical, socio-cultural, philosophical, psychological, security, political and other aspects. Media Dialogues are included in the required literature within many obligatory courses at faculties in the countries of the former Yugoslavia, and as additional literature they are used at most universities and faculties dealing with the topic of the media in Montenegro and abroad. The journal has established active cooperation with several scientific and professional journals from Montenegro and the countries of the former Yugoslavia.

IMC-Podgorica is also the organizer of the international scientific conference Montenegrin Media Dialogues, which has been held twelve times throughout Montenegro. In 2013, IMC-Podgorica and Media Dialogues established the Dialogos award, which is given to an author or group of authors for the best book in the field of media theory and culture in the countries of the former Yugoslavia. The award aims to promote, support and develop scientific research in media theory, media culture and media literacy and is the first award of its kind in Southeast Europe.

For more information about Media Dialogues visit its official webpages:

A few team members and collaborators on the project Higher education of journalists in a digital environment are active members of TWG Journalism and Communication Education and ECREA. It is a platform for researchers and educators interested in advancing theoretical, empirical and practical understanding of journalism, media and communication education aiming to foster the relationship between journalism and communication education institutions in Europe. They have a large base of members, which are also scientists and educators involved in journalism teaching, and they will contribute to the project by disseminating the call for cooperation for gathering data about study programmes that educate journalists in order to create a digital map.

Find out more about TWG Journalism and Communication Education at:

Croatian Commission for UNESCO operates under the Croatian Ministry of Culture and Media and has supported the project activity of mapping study programmes that educate journalists in Europe by granting consent for their official logo to be displayed on the project web page and other official documents. Additionally, they enabled us to establish direct contact with the director for Strategy and Policy (CI/SPO) and Secretary of the International Programme for the Development of Communication (IPDC) of the UNESCO Communication and Information Sector (Paris).

A few employees of the Institute of Informatics at the Faculty of Electrical Engineering and Computer Science of the University of Maribor (Slovenia) participate in the HEJDE project in one of its crucial activities – creation of the form for gathering data about study programmes in Europe that educate journalists and the digital map. Their primarily contributions are connected to the fields of web programming, software design and databases.

They educate students since 1981, actually in undergraduate and masters studies in Informatics and Technologies of Communication, and Doctoral Study in Computer science and Informatics. The research work within the Institute is conducted in the following fields: Information systems, Software Engineering, Embedded systems, Intelligent systems, ICT – Information and Communication Technologies.

For more information about the Institute visit:

The project activity of mapping study programmes that educate journalists in Europe has received the letter of the support from the UNESCO Communication and Information Sector. They proposed to disseminate the results of that project activity through their network of journalism educators in Europe and beyond, and, when the time comes, to give us an opportunity to present our research experience and results at the UNESCO conference. They also asserted research methodology as interesting even outside Europe, and emphasized the importance of the high visibility of the results (digital map) to the all interested stakeholders to put them in good use because all kind of trends and patterns regarding higher education study programmes that educate journalists could be that way analyzed.

UNESCO Communication and Information Sector, according to the official website, "srives to foster freedom of expression, media development, and access to information and knowledge in line with UNESCO’s mandate to promote the free flow of ideas by word and image". Their programmes "directly contribute to achieving the Sustainable Development Goals set out in the 2030 Agenda for Sustainable Development, with specific attention to the social, political and economic mutations of the digital age (…) UNESCO also supports universal access to information and knowledge through promoting Open Solutions, including Open Educational Resources, access for marginalized people, and multilingualism in the cyberspace".

Find out more about UNESCO Communication and Information Sector at:

Higher Education of Journalists in a Digital Environment (FFPU project)